stress and depression because of difficult work environment

Depression
stress and depression because of difficult work environment

My boss and my job concern me. I am suffering from depression and bullying a lot but this is different. I have this job where I write articles for the company I work at and my boss confuses me. She was happy in the beginning with my work saying that she is thrilled that I am independent and she went weeks without asking for updates. Now she sounds upset with me and wants to talk and wants me to give her updates but she never did that before and she says she is not on the same page and I thought she was supposed to be because she is my boss. She didn't know I was writing multiple articles a say and I have Autism and she knows this but she doesn't seem to listen to me about some things and she never gave me posting schedules and now she wants to and it seems out of order. She is mad I am writing articles multiple times a day when someone told me your supposed to and I worked with many people who know about blogging. She doesn't seem attentive with anything I am doing and that is frustrating and she seems to me lying when she texts me and she lies about things because it doesn't sound like what she says matches up to what is happening. She doesn't tell me the time and date she texted me last because I had to get a new number because blocking wasn't helping and I was being harassed constantly and I told her but I feel I had to tell her twice and she just told me last weed and that is it and then she made me send her a updated resume when it already was updated and she accused me of having another job and yelled at me about it over the phone when it clearly showed that the job ended and I'm confused why she doesn't know this as a boss. She doesn't listen to me and makes me answer the same questions over and over. She seems to be micromanaging me and I don't know why. I just wanted to talk to someone about this. She doesn't pay attention to me because she now mentions about the training when I already did it and she acts like I never did it. It just helps to talk about it. She is being weird I think and other people I talk to think so. 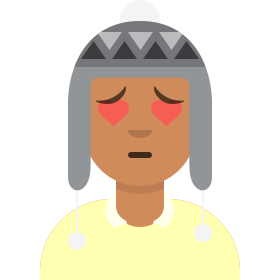